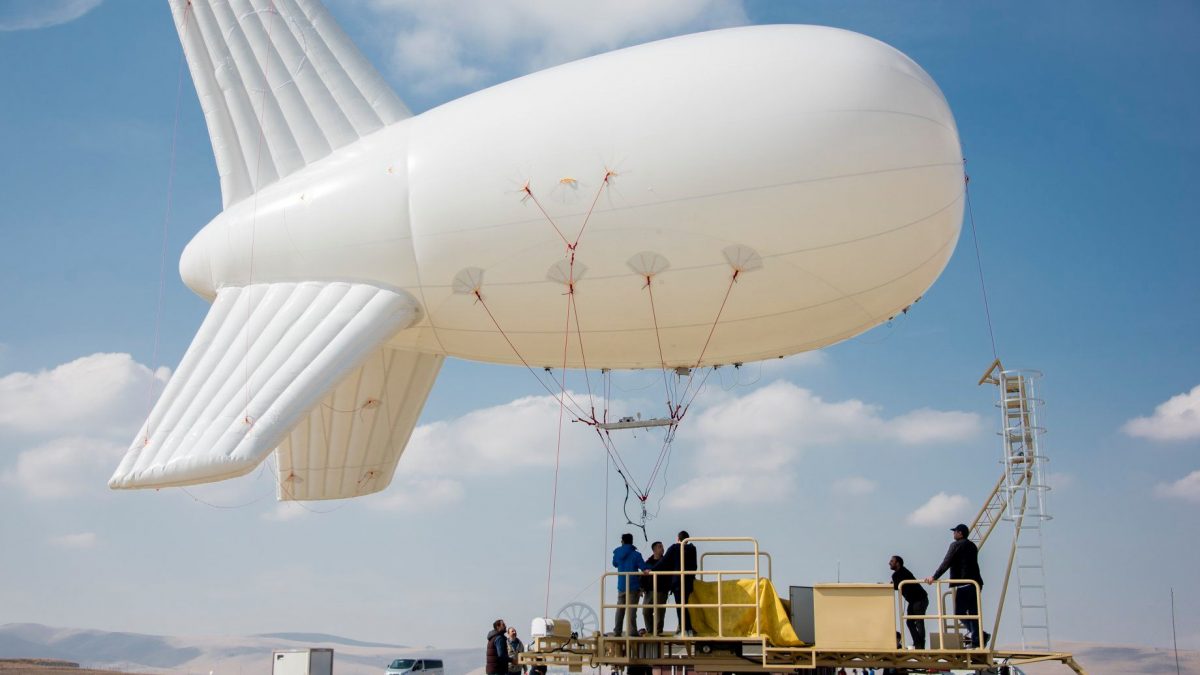 Otonom Teknoloji’s unmanned systems, each featuring significant innovations in their respective areas of use, are preparing to enter into the service of various users in 2019. Among these systems, DORUK will start to carry out border surveillance missions, while the DOLUNAY will be used as a target balloon, and the TETRON will carry a special payload as part of an R&D project. 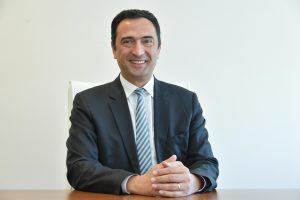 Otonom Teknoloji has already proven the capabilities on the field of its DORUK and DOLUNAY aerostats through various service procurement contracts and pilot project purchases performed in recent years, and the company is now preparing in 2019 to reap the fruits of its product developments efforts. The coming days will see deliveries made under new contracts signed by the company for these two products.

The common feature of the systems to be delivered will be the tailor-made product development approach of Otonom Teknoloji. Both DORUK and DOLUNAY will be delivered as special variants that will fully meet the evolving requirements of their users. Commenting on the company’s development and adaptation efforts, A. Nezir Ertürk, Founder and General Manager of Otonom Teknoloji, said: “Our product families, namely the DORUK, DOLUNAY and TETRON, can be customised according to user requirements. For example, we are able to design and manufacture DORUK and DOLUNAY in different volumes, depending on the users’ payload and altitude requirements. Throughout this process, we make use of our vast library, large amounts of testing and trial data, and our advanced algorithms for unmanned aerial vehicles. We are then able to determine the parameters required to design the optimum aerial vehicle, and start production accordingly.”

DORUK will enter into service this year under an integrated border security project being conducted in Turkey.

DORUK will enter into service this year under an integrated border security project being conducted in Turkey. The aerostat – which has successfully completed testing under a similar mission profile in recent years – will now serve as part of a system that will soon enter into service, and has been custom-designed for the project to accommodate the necessary changes in the payload configuration. This version of DORUK, which will have a volume of 460 cubic metres, will take the title of the largest aerial platform ever manufactured in Turkey.

DORUK, the manufacture of which has already been launched, will go through factory acceptance tests in the summer months, after which it will be deployed to its mission area.

Speaking on the imminent entry of DORUK into service, Ertürk noted: “Although DORUK has already demonstrated its capabilities in various trials and missions to date, this will be the first time it will enter into service. Systems like DORUK are being used extensively around the world, especially in North America and the Middle East, for border security purposes. We are confident that once DORUK enters into service, it will make a significant difference and stand out among its competitors.” 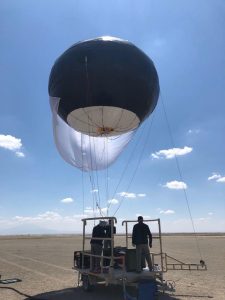 When conducting a target aerostat mission, DOLUNAY will be coloured black to allow for a larger infrared signature.

The testing of air defence systems involves the creation of complex scenarios in which many factors play a role. The target to be used in these tests may sometimes also play a critical role. Everything other than the system being tested should function as expected, and the targets used in such tests are among the primary test components that need to be highly reliable. The target being used also affects the cost of the tests significantly. Considering all these factors together, DOLUNAY stands out as an ideal system in terms of its reliability and cost effectiveness.

DOLUNAY has uninterrupted airworthiness of up to one week, depending on the requirements of the mission profile. However, when used as a target aerostat, it only needs to be airborne under daylight. As a requirement for long-term missions, DOLUNAY is manufactured in white; however, for target aerostat missions, it can be manufactured in black, providing it with a larger infrared signature. Depending on the requirements in the testing scenario, it is possible to have the target aerostat remain airborne at different altitudes for any requested duration.

Otonom Teknoloji has developed a new version of DOLUNAY for target aerostat missions with a volume of 75 cubic metres, using different materials to give the aerostat a black colour, as well as other adjustments to satisfy the weight and altitude requirements. As per the project design, the company will also support the operation of the DOLUNAY.

Emphasising that DOLUNAY is a good fit for test target missions, Ertürk said: “In certain mission profiles, DOLUNAY can be considered a much more flexible and cost-effective solution when compared to other solutions, namely airplanes and helicopters. Its ability to stay airborne for long durations allows the test team to start the test whenever they want. In contrast, using an aircraft for such a mission would limit test team’s ability or option to cancel a test at the last minute, since the time spent by the aircraft in the air is much more restricted, and taking such last minute actions with an aircraft would be more costly. Serving as a target is a new type of mission for our aerostat systems, and we expect to assume similar missions in the future.” 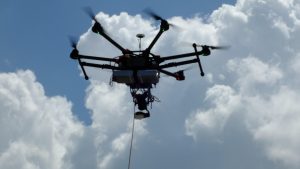 Another innovative product of Otonom Teknoloji is the TETRON ground-tethered multi-rotor/rotorcraft unmanned aerial vehicle (UAV) system. Being tethered to a compact ground station via a cable, TETRON offers unlimited endurance and mission duration. The cable is also used for communication, which makes the system highly resistant to electromagnetic jamming. Featuring a compact structure and consisting of an aerial vehicle and a ground station, TETRON can also be integrated with mobile platforms and can be used when the vehicles are on the move.

Otonom Teknoloji is working on improving TETRON, with efforts continuing in two areas. The first of these is aimed at reducing the weight of the tether connecting the UAV to the ground station, and increasing the power that can be transmitted through the cable. Reducing the tether weight will increase the payload capacity of the UAV, and a reduction of 6–7 grams per metre has already been achieved. By increasing the power transmitted through the cable, it will be possible to accommodate payloads that require more power.

The second improvement is related to the development of customised UAVs. Currently, Otonom Teknoloji is using readily available commercial UAVs for its TETRON solution. However, these UAVs are designed for shorter mission durations, and their manoeuvrability is greater than the one expected from TETRON. Aiming to develop UAVs optimised for TETRON, Otonom Teknoloji is planning to cooperate with domestic companies.

Another development concerning TETRON is that by the end of this year, it will carry out a mission with a special payload under an R&D project.

Otonom Teknoloji’s areas of operation are continuing to expand into various different areas. Under the Indigenous Hot Air Balloon Development Project, in which the company is taking part, the design and development of the gondola as well as the design of the dome have already been completed. The balloon, whose gondola and dome have been developed indigenously, is planned to conduct its first flight by the end of this summer. This represents the first manned system project to be undertaken by Otonom Teknoloji.

The company, which also operates in the field of precision agricultural applications, is engaged in a TÜBİTAK-supported project together with its two business partners. While the first application under the project will be in the field of sensor-based variable rate spraying, the applications are planned to be expanded in the upcoming period into different areas of operation.

2019 to Be a Breakthrough Year

Sharing his thoughts about 2018 and 2019, Ertürk said: “2018 was a year that saw the matching of user requirements with our technologies. We developed new members of our DORUK, DOLUNAY and TETRON product families and conducted trials. Our products and technologies matured in 2018, and 2019 will see us market these matured products to new users both in Turkey and abroad.” 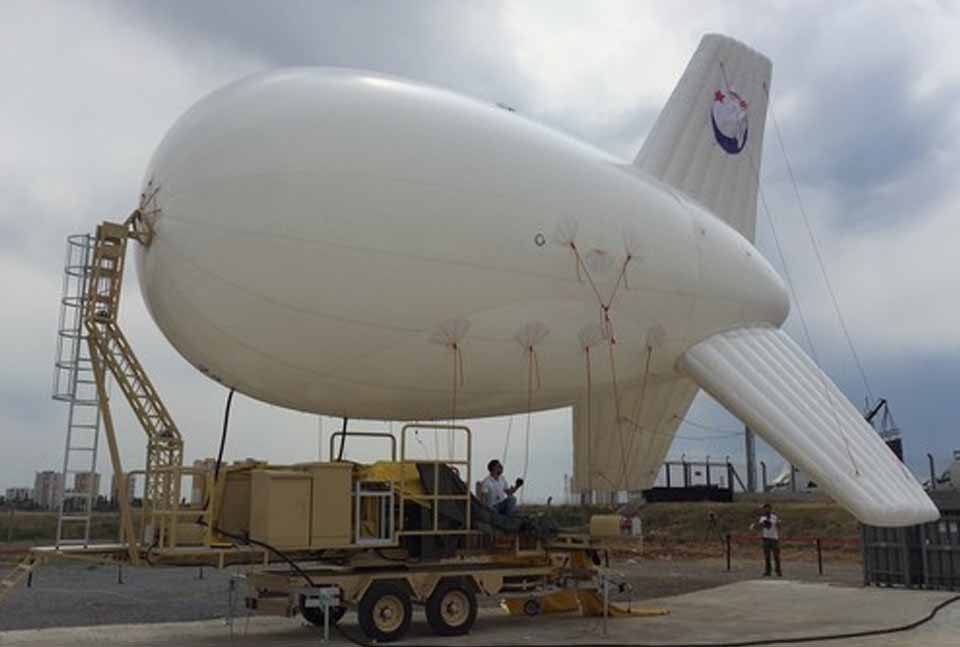 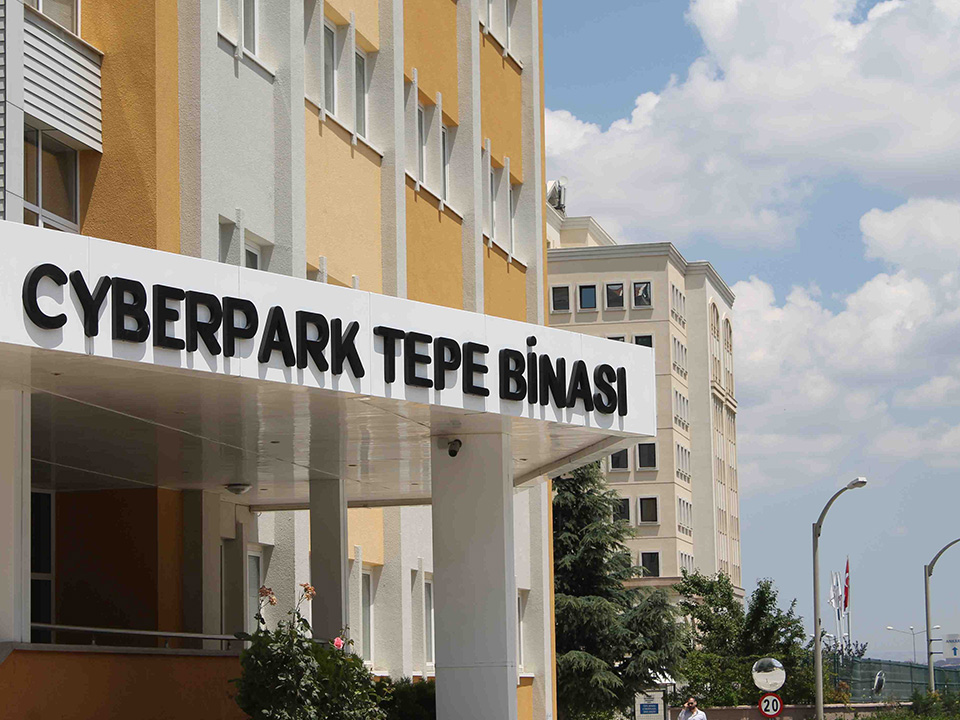 We are in Bilkent Cyberpark!